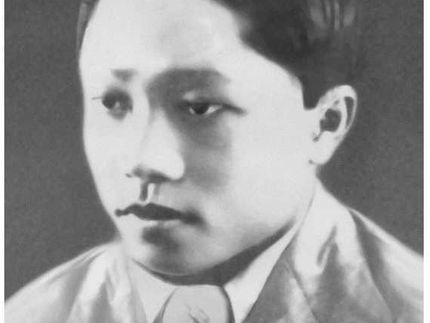 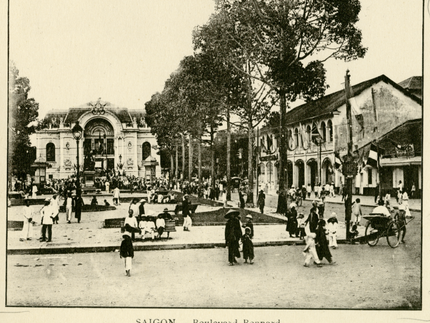 Our returning bus carries a poet,

Yet, among the urban place, he stands,

As a famous one whose style is Viet Chau.

Though he’s used to sentimentally compose,

He has not guided masses through disaster.

The chanting voice is so somber,

As to drive his reader whirling in estacy.

Has he cleansed that lay mind?

While the ground shakes and billows rise,

The poet just looks on the monk fending.

The monastic resolves to close his building,

With a sword, on horseback, he charges.

After having paid off his loyal part,

He returns and recites Amida.

Then, he meditates to effect emptiness,

And dusts himself off mundaneness.

The  divine bell of cosmopolitanism resounds,

All over, being and non-being have no bounds.

The station siren has honked at Saigon Stop,

Together the door opened, we get off.

Summer’s Working Farm campaign is over…

(1) Background of the Working Farm campaign

This link is a good description of the famine of 1945 which had prompted many compatriots of Cochinchina, particularly Hoa Hao Buddhists, whose majority lived in the Mekong Delta well-known for its name of ricebarn of Southeast Asia, traditionally to quickly respond by trying to send their cereal supplies through to affected North and Central Vietnam.  However, their efforts were thwarted by disruption in North South transport systems in many areas, by various factors,  esp. Allied bombings, Japanese policy of encouraging Vietnamese peasants to substitute their jute crops for for rice paddy and control the stockpilings of rice in Laos, the Viet Minh-led peasants raids on rice stockpilings,  colonial French government's weakened by Japanese occupation, for example.

In a socio-historical context, Lord Master Huynh encouraged His adherents to do the best they could to reopen their land for as much rice farming as possible, hopefully they could dispatch their crops away, whatever means were available in their hands.