Bow to Buddha, bow to Dharma and Sangha,

May you well tackle your insight boat,

Soon reaching the other bank(1) for an exemplar.

This temporary world is an occeanful of sufferings,

Inducing them to commit karmas on earth,

So they hardly exit the Six-Path cycle of rebirth.

Now waken, firmly give up all attachments,

You will be led by your moral acumens.

Endeavor to gain the Five Perfumes,

With an insight sword to frighten Devil heirlooms.

To subjugate them to sagacity,

Your six-sense organs must be under scrutiny.

Stop six-sense objects having their own way.

Eliminate the root causes of delusion and ire.

Bring back your True Self, the Awakened,

Your body will be gold permanent.

Gear yourself toward the wholesome root,

As a Buddhist, your devotion must be good.

Even though you incur mishaps,

Patiently get over thorns and booby traps.

You can salvage your parents and all ancestors.

The Pure-Land you ascend is a leisure resort,

This is the day you're rewarded for your effort.

May you be able to split the smog,

Your performance will be perfect and never corrode.

When all seas dry out and all mountains collapse,

You'll have no more sins after paying off Four Debts.

Even though you've now become a monastic,

As before, your goodness root remains static.

Having listened, I know this is a good news,

On a floral paper, I wish to share your beatitude.

3) Tha Tâm Thông: Paracitta-jnana (skt)— Mental telepathy—Tha Tâm Trí Thông hay khả năng đọc được tư tưởng của người khác mà các bậc giác ngộ đạt được cao hay thấp tùy theo sự thành đạt của bậc ấy—Penetration into others’ minds or thoughts—Ability to know the thoughts of others or power to read thoughts, or knowledge of the minds of all living beings—Ability (power) to know the thoughts of all other minds which enlightened beings have to a greater or lesser extent depending on their spiritual achievements.

4) Thần Túc Thông: Rddhi-saksatkriya-jnana (skt)—Penetration of spiritual fulfillment (fulfillment of the spirit)—Psychic travel—Khả năng đi bất cứ đâu và làm bất cứ thứ gì tùy ý—Ability (power) to be anywhere and to do anything at will, or power to appear at will in any place and to have absolute freedom to do anything.

6) Lậu Tận Thông: Asravaksaya-jnana (skt)—Ability to end contamination—Power to deliver of the mind from all passions—Penetration of the exhaustion (extinction) of outflows—Khả năng chấm dứt nhiễm trược và đưa tâm đến chỗ giải thoát khỏi mọi dục vọng—Supernatural consciousness of the waning of vicious propensities, and the deliverance of mind from passions, or insight into the ending of the stream of transmigration.

6. Bạc Liêu is a provincial city and capital of the Bạc Liêu Province in the Mekong Delta region in southern Vietnam. It is a medium-sized town with a population of approximately 150,000. The former name of the city is Vĩnh Lợi

1.-According to Mr. Vinh Binh on 21 Marh 2014, in the youtube article,  he was not sure what Ong Co Tau Hao's practice level is for Lord the Master to offer this poem to him before being ordained. His full name is Trần-Quang-Hảo, his wife is Mr Cò Hảo Phùng-Thị-Liên. His son, Tran Quang Hanh is the son-in-law of Mr. Vo Van Gioi, nicknamed ‘Ky Gioi’. Based on his title 'Cò', he should be a senior policeman  (commissaire) who kept watch over a port at Saigon under the French government, that’s why people called him Ông Cò Tàu Hảo.

Once upon a time, in a conversation, Mr. Ky Gioi’s son-in-law told the narrator that, when Lord the Master was in Bac Lieu, he was only 6 years old and Tan was 8 years old. He told the Lord that his memory was so poor that he had his hands beaten every day and, each time he went home, he sobbed. One day, on the way home, he met the Lord who asked him to show his left hand. This hand was still red as it had just been beaten. Seeing it, the Lord spits saliva on Tan’s palm and used his thumb to rub it, saying that, after Tan went back to school, whatever he learnt he remembered it. Since then, Tan always stood on top of his school. When he almost reached the doctorate of medicine, Ong Co Tau Hao left his home ordained and left him with the four hectares of garden. Each time he attended the graduation exam, he sold a hectare. However, he always failed even though he has sold out all four hectares. He said that the Lord said very accurately I never became a doctor. At first, he said that the Lord would have told me a joke. Later, he realized that he tried his best but to no avail. He returned home and became a herbalist. Querying about Ong Co Tau Hao, he said, the latter had gone without any trace. He himself stayed home with his mother, Mrs Phung Thi Lien,  and never saw Ong Co Tau Hao again. In fact, Mr. Co did not say where he intended, even his son did not know. This has proven that Ong Co Tau would have had a great root as a cultivator.  Binh never saw him for a consecutive thirty years without returning. And we don't know his whereabouts. The tales of his children and grand children also suit this assumption.

According to Lê Minh (Nguyễn Thế Truyền):  In June 1942, when the French colonial government wanted to liquidate Lord the Prophet, they took him to Saigon, before sending him to Cambodia and Laos to separate him from his following.  They decided to do so because they were afraid that, with his influence growing every day, he became a threat to their power.   Ong Co Tau Hao helped him escape owing to his knowledge of the inner working of the French government. He took him to Mr. Ky Gioi's at Bac Lieu.

According to Mr. Nguyen Thanh Giau, a senior Hoa Hao Buddhist in California, Co Tau Hao might be one of the ferry fare officers under the French colonial rule, in charge of checking fares for passengers.   Under the French rule, the "Co" position was rather influential as it was equivalent to that of a Senior Police Officer.   Mr. Co Tau Hao was the in-law of Mr. Ky Gioi, therefore he often visited the latter, on each occasion he might have often seen the Lord.  It is said that he very much deeply admired the Lord.  One day he decided to be ordained and, when the latter has known it, this, the Lord gave him a poem.

2.-Take refuge in the Three Jewels, Buddha, Dharma and Sangha. 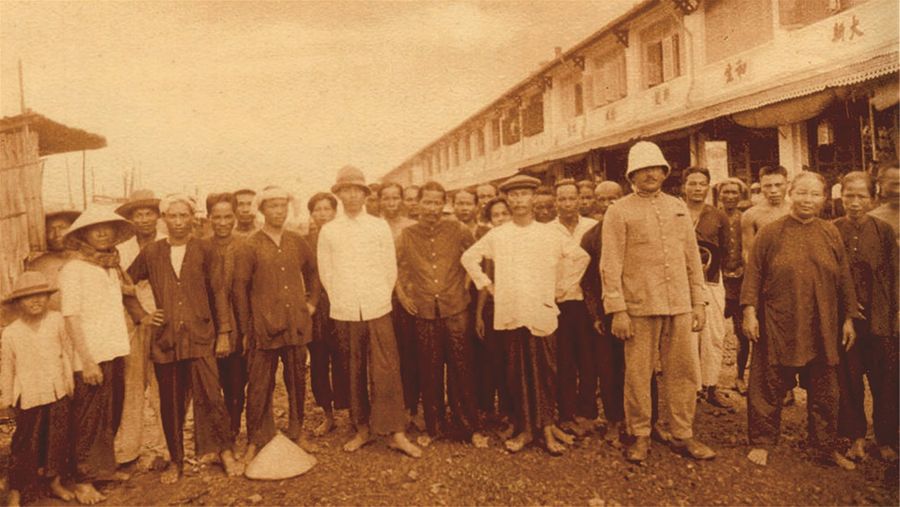 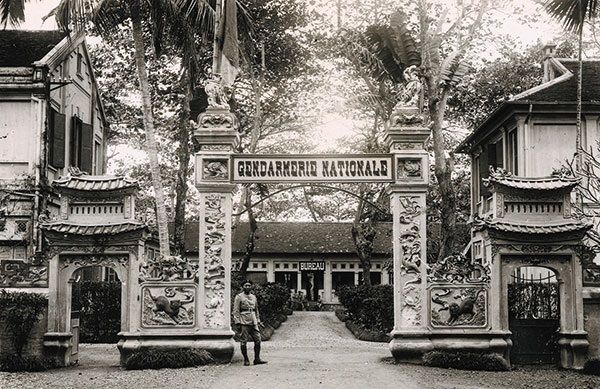 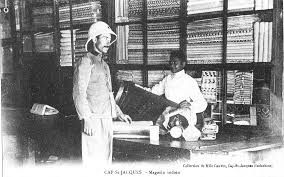 The Indian merchant sells their material and was visited by a French officer.